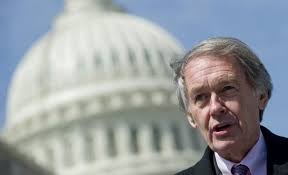 Ed Markey has compiled a distinguished record of service as the Congressman from the 5th District in Massachusetts. Now that he is a candidate for the US Senate, it is important that he is introduced to all the voters in Massachusetts. Here are some frequently asked questions about Congressman Markey:
Ed Markey, Candidate for the US Senate
A PASSIONATE VOICE FOR MASSACHUSETTS

Jobs/Economy:
· As a Senator, Ed Markey will work to invest in opportunity for all Americans.
· Ed Markey believes in an innovation economy that will expand opportunity to entrepreneurs, innovators, educators, scientists and workers all across the country.
· Ed Markey believes Massachusetts is primed to lead the way, as we build on the gains President Obama and Democrats in Congress have made to jumpstart our economy.

Choice:
· Ed Markey is proudly pro-choice.
· We need someone like Ed Markey in the Senate who will stand up for women’s rights, especially now when extremist Republicans threaten to take away women’s access to affordable health care.
· Ed Markey will work with president Obama to guarantee women have access to preventive care, like birth control and cancer screenings.

Environment:
· Ed Markey is passionate about issues affecting our environment.
· Markey has one of the strongest environmental records in Congress.
· Ed Markey is the candidate who will bring a green agenda to the Senate, by advancing legislation on global climate change, clean energy and green-tech jobs.

Guns:
· Getting assault weapons off our streets will be a top priority for Ed Markey if elected to the U.S. Senate, and he’ll stand up to interest groups like the NRA.
· Ed Markey supports legislation to require background checks on all gun sales, ending the notorious “gun show” loophole.

LGBT
· In the Senate, Ed Markey will be a passionate voice to ensure equal rights for all Americans, no matter their sexual orientation or gender identity.
· Ed Markey has actively fought for marriage equality and has aggressively worked to end discrimination against the LGBT community.
· We can count on Ed Markey to work with Elizabeth Warren to ensure Massachusetts has two votes in the Senate for basic unalienable rights for the LGBT community.

FREQUENTLY ASKED QUESTIONS
Q: Who is Ed Markey?
· Ed Markey is from Malden and has served the 5th Congressional District as its Congressman for 36 years.
· He's a passionate leader on issues such as growing our innovation economy and protecting our planet. He has worked to protect women’s rights and stand up for middle class families. He's an advocate for stronger gun laws and taking on the gun lobby.
· For example, in the Senate…
o Ed Markey will champion comprehensive energy and climate change legislation. That work will help cut carbon pollution and create jobs in the green energy sector.
o He always stands up for a woman’s right to choose and supports President Obama’s plan to improve women’s access to preventive care.
o Ed Markey will be a strong advocate for tougher gun laws. He wants to ban assault weapons, like the ones used in Newtown.
· He’s running so that Massachusetts will have two votes in the Senate, along with Elizabeth Warren, to help move President Obama’s agenda forward.

Q: Why should I vote for Ed Markey over Stephen Lynch?
· Massachusetts needs a senator who will work with President Obama and Elizabeth Warren to create solutions…
o On gun control. Ed Markey supports a ban on assault weapons.
o On women’s rights. Ed Markey is pro-choice, and he voted for Obamacare, which improves women’s access to birth control and cancer screenings.
o And on creating an innovation economy. Ed Markey will make sure Massachusetts continues to lead the nation in the high-tech, bio-tech and clean tech industries and job creation.
· Sending Ed Markey to the Senate means having a voice and a vote for the issues that matter most in Massachusetts.

Q: What would be Ed Markey’s top priority in the Senate?
· Ed Markey always stands up for middle class families. He’ll take on special interests liken the gun lobby and big oil. And he'll help grow an innovation economy that will create jobs of and for the future.
· Ed Markey is a progressive voice on the issues that matter most to Massachusetts..
Posted by Andover Democratic Town Committee at 8:34 AM 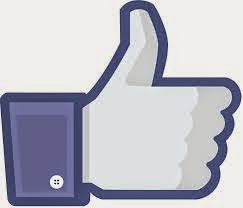